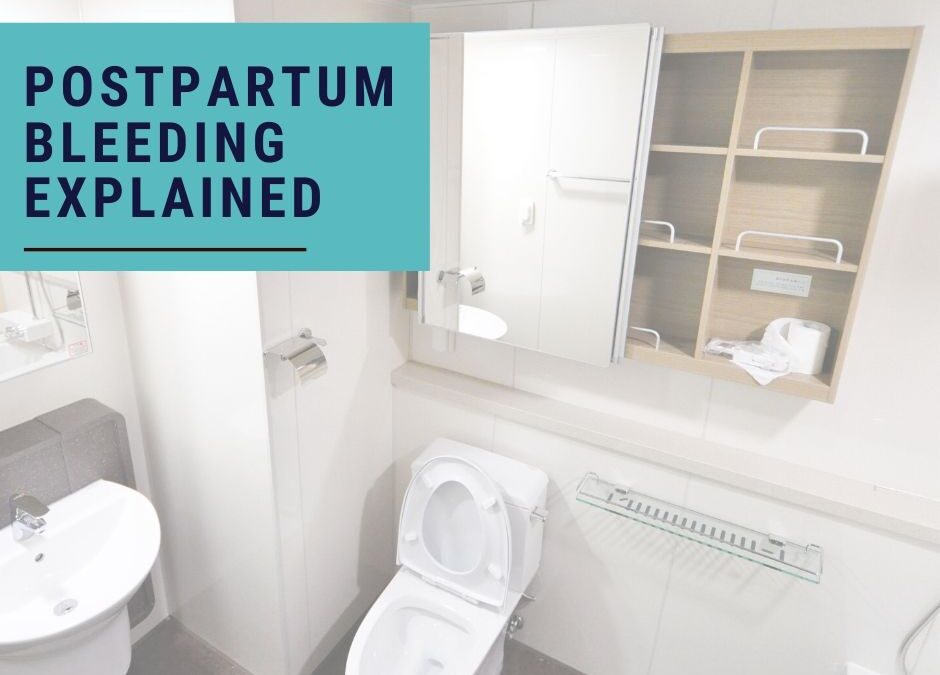 No matter what type of birth experience, vaginal or cesarean, there will be postpartum bleeding. When the placenta detaches from the wall of the uterus there exists an open wound.  The majority of the bleeding that happens after birth come from this wound site. In addition, the lining of the uterus sloughs off just like it does during menstruation.

How much bleeding to expect?

In the first hours and days after birth postpartum bleeding is usually red and quite heavy.  Many people will experience blood clots in addition to heavy bleeding.  Care providers should give you information on how much bleeding it too much.  Generally, if you have a clot much larger than a quarter you should contact your care provider or if you saturate a large pad in 2 hours. When in doubt it is good to ask you care providers about any concerns with your bleeding especially in the first few days after birth.

After about a week the flow of blood usually gets lighter and the color might change from red to a pink or brown color. Many people are changing their pads less frequently during this time. As time goes on bleeding should taper off to a light spotting or light pinkish brown until it is gone completely by about 6 weeks.

How long does it last?

Postpartum bleeding usually last between 4 and 6 weeks after birth. It should gradually taper off.  If bleeding starts to taper off and then become bright red again this is usually a sign that the body has not been given enough time to rest. {new parent is doing too much in the postpartum time!} 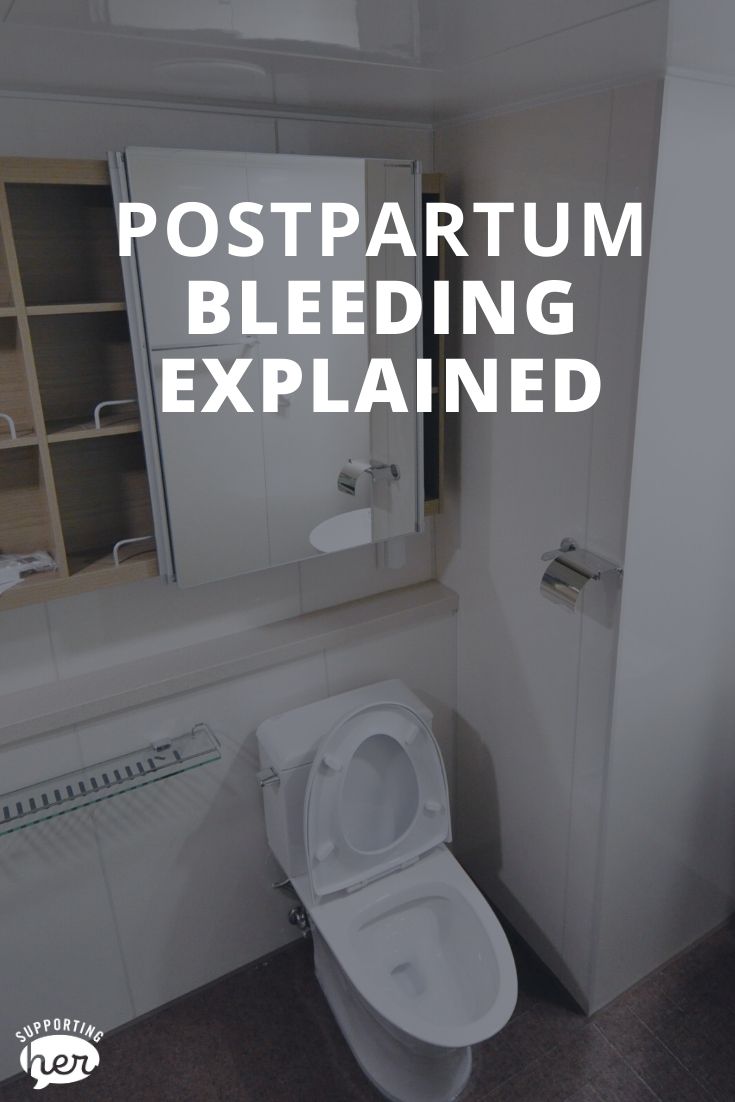 How can partners provide support?

During the immediate postpartum period, partners can be aware of blood loss.  Partners can ask their nursing staff how bleeding looks and if it is a normal amount.  Nurses can provide education at the bedside to partners as well so that they are aware of any warning signs. Also, partners can help in the bathroom during pad changes or inquire about the level of bleeding on the pad after a trip to the bathroom.

Finally, postpartum bleeding can be prolonged if there isn’t adequate rest during the first few weeks after birth. Partners can help monitor activity levels and suggest more rest if they notice a high level of activity.  Partners can also be in charge of all (or the majority) of the household chores.  This will make a huge difference in the postpartum period.